Jai Hind friends welcome you to our website, as you know how much craze of films is increasing in India, every month some or the other film is released and how much we like to watch the film, we go to the theater to see the film or  We watch TV from any other device, but many times it happens to us that we also spend money for tickets in the theater and due to the film not being good, time is wasted and money is also lost.  People have a different choice about watching movies, many people like to watch action movies, many people like to watch comedy movies and many people like to watch Pyaar Mohabbat movies in Indian movies.  Indian films have a very golden history to define Pyaar Mohabbat in a new definition, whether it is Mughal-e-Azam or Phir Dilwale Dulhania Le Jayenge, in the midst of all these love movies.  There has been a lot of craze in India and people also like to watch it very much, there are so many love love scenes in the movie that there are tears in the eyes of the audience, not only in India but also in other countries of the movie of love.  There is a lot of popularity, it means that many people like the movie of Pyaar Mohabbat, out of which you will also like the movie of love, only then you have come to read this post, then you are like Pyaar Mohabbat Ke Movie.  I am writing this article for the brothers who love  Which movie people are unable to consider, but in this article I will tell you the names of 10 such movies that you must watch if you are a lover of love movies, in this post I will tell the name of 10 such movies which are completely love love.  It is a movie based on talk, after seeing which you will say just one word, what is a movie, so let’s start without delaying and immediately know which are the 10 movies that you would like to watch in any case and this movie youtube  also available on 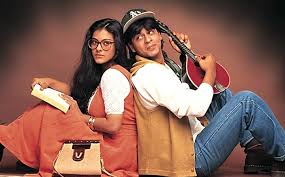 I have put Dilwale Dulhania Le Jayenge in the first place, this movie is very popular and the biggest long movie of Bollywood industry, this movie has Shahrukh Khan and Kajol in lead role, along with it Amrish Puri has also acted very well.  That’s why this movie is very strong and very popular. Talking about the story of this movie, Shahrukh Khan has played the role of Raj in this movie and Kajol plays Simran. The story of this movie is such that Raj and Simran go on a tour.  Where they have a slight nudge or just say that there is a quarrel and the quarrel becomes love in the quarrel, both of them come to their country and separate, his father brings back to India to get Simran married. Raj Simran follows behind him.  I come to India to get it and live in his house, the story is very interesting and very good, so you can watch this movie on YouTube without delay. 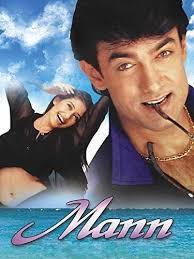 I have placed this movie at number two, this movie is a very romantic movie in which love and romance as well as a wonderful story have been added, Aamir Khan and Manisha Koirala are in the lead role of this movie.  Talking about it, the story is very good, the story is such that while traveling in the sea, a girl falls in love on Ireland, here that girl is going to get married and but both meet in the last. The story is very interesting and very  It is great and there has been tremendous criticism of romance hot romantic things in it, so you can watch this movie on youtube without delay, it is available on youtube 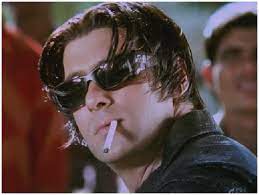 Talking about this movie, this movie is a very popular movie, the craze of this movie was so much that people were wearing hair and clothes like the hero of this movie, Salman Khan and Bhumika Chawla have been taken in the lead role of this movie.  Talking about the story of this movie, Salman Khan, who is playing the role of a boy named Radhe in it, is a very spoiled student of Radhe school, who sits at the crossroads and performs her role in the female role named Chawla Nirjala.  The girl lives Radhe first, then troubles Nirjala, later Radhe also slowly falls in love and she falls madly in love with the story, the story is very interesting another funny, seeing this movie tears come in the eyes of the viewer.  Very good and very super hit movie without delay you can watch this movie on youtube

Shah Rukh, Aishwarya and Madhuri Dixit in the film directed by Sanjay Leela Bhansali!  A lot of critics and enthusiasts would agree that films like Devdas are made only once in a generation.  This was the second time that Sarat Chandra Chattopadhyay’s novel Devdas was being adapted on the silver screen in Bollywood and director Sanjay Leela Bhansali ensured that it was a visual delight and one of the best Bollywood romantic films of all time.  With carefully crafted sets of kilos weighing in and classy costumes starring the biggest names of the industry at that time, Devdas was the most expensive Bollywood film at the time of its release in 2002

The film tells the story of its central character, Devdas (Shah Rukh Khan) and his relationship with his childhood love – Paro (Aishwarya Rai) and then a prostitute – Chandramukhi (Madhuri Dixit).  This love story of falling in love and then being destroyed by her is beautifully told with this classic movie that you can watch on youtube, just enjoy this movie and if you like the movie we have mentioned  We definitely encourage us by writing yes in the comment box.

Kuch Kuch Hota Hai Movie is directed by Karan Johar, this movie was released in 1998 and proved to be the most superhit movie at the time of its release and became a very high grossing movie.  This movie comes in the list of the best movie based on love. Shahrukh Khan and Kajal are in the lead role of this movie, along with Salman Khan and Rani Chatterjee are also seen in this film, Shahrukh Khan plays the role of Rahul in this film and Kajal.  Anjali plays the character of Sharma Anjali and Rahul study together Anjali falls in love with Rahul but Rahul is in love with another girl, he marries her so Anjali goes to her village but whom Rahul loves  He comes to know that Anjali is in love, after a few days he dies, then the responsibility of reconciling these two is entrusted to his daughter. Rahul and Anjali meet at the end of the movie.  The songs of this movie are very popular, which remain in the headlines even today, this movie is very interesting, if you watch, you will enjoy it a lot.

Sanjay Leela Bhansali’s ‘Hum Dil De Chuke Sanam’ is an unconventional love-story starring Salman Khan, Aishwarya Rai Bachchan and Ajay Devgn in lead roles.  The love saga that travels from the desert of Rajasthan to the European city of Hungary, focuses on love after marriage.  The film was the turning point in the career of the leading stars as they gained a lot of fame and popularity after the release.  Dil De Chuke Sanam was the most superhit movie of its time and the highest grossing movie of this time, comedy romance and action will also be seen in abundance in this movie, the Bollywood stars working in this film got a good recognition from this film itself.  What’s the matter and this movie is available in youtube where you can watch that too in good quality so go and watch the movie and enjoy it 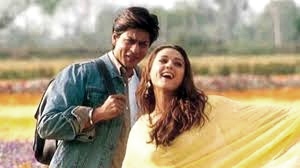 Once again Shahrukh Khan’s film and why not, he is not known as the ‘Badshah of Romance’.  The film revolves around army leader Veer Pratap Singh, who falls in love with Zara Hayat Khan, a Pakistani girl and how their love stands the test of time.  The film finishes with the essence of love with some melodious songs like ‘Tere Liye’ and ‘Dekh Lo’.  Actress Preity Zinta’s character in this film and her performance was very much liked by the audience, it is a very expensive and very super duper hit movie, its craze is so much that at the time when this movie was released, the audience had a place in the theater.  This movie was not available, you will not get to see it on YouTube, if you want to see this film, then you will have to rent this film only then you will be able to enjoy this film. 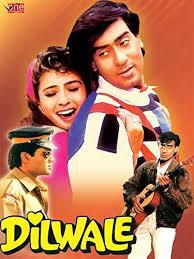 The directorial work of Dilwale movie has been completed by Harsh Baweja and has presented this movie very well among the audience, in this movie veteran actors like Ajay Devgan Sunil Shetty Raveena Tandon Paresh Rawal and Gulshan Grover have worked if  Talking about the story of this film, there is a lot of action drama romance and love in this film, man, in the story of this film, the boy falls in love with the girl, but due to some misunderstanding, the boy gets the death penalty and the girl  starts hating the boy, later the truth is revealed, the girl goes to the boy and she adopts the boy, the story is very interesting, if you see, you will understand the whole story, this movie is also available on youtube if you  If you want to see then you can go and see it immediately it is very nice and very funny then go and enjoy 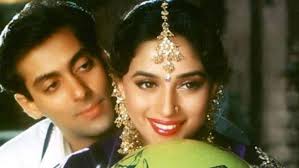 Sooraj Barjatya, the producer of the film Hum Aapke Hain Koun, has decorated this film very beautifully. This film was released on August 5, 1994. Salman Khan and Madhuri Dixit are in the lead role of this film along with Anupam Kher and Alok Nath.  In this film, Salman Khan plays the role of Prem Kumar and while Madhuri Dixit plays the character of Nisha, Prem goes to his brother Rajesh’s wedding where he meets Nisha.  After that a little romantic scene has also been given at the time of farewell.  The movie has proved that Salman Khan got a new identity from this movie, so go watch it and enjoy it.  If you want to watch this movie for free, then leave us a comment.  Please write in box we will try our best to help you 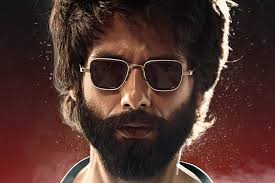 I have placed Kabir Singh movie in the tenth place which is a very super duper hit romantic movie starring Shahid Kapoor and Kiara Advani in the main role of this movie, this movie proved to be a very super duper hit, the story of this move is such that  Kabir was a promising and angry boy who falls in love with Preeti, a student. Preeti’s father is against this love and gets her married elsewhere, causing Kabir Singh to lose his condition and become intoxicated.  It seems that the movie is very tremendous, then you will see this movie in full, only then you will be able to understand the movie, it is a very interesting movie, if you watch, only one word will come out of your mouth, what is the film.  Cannot watch because this movie is not available on YouTube, if you want to watch this movie, then you can buy it on rent and watch it.